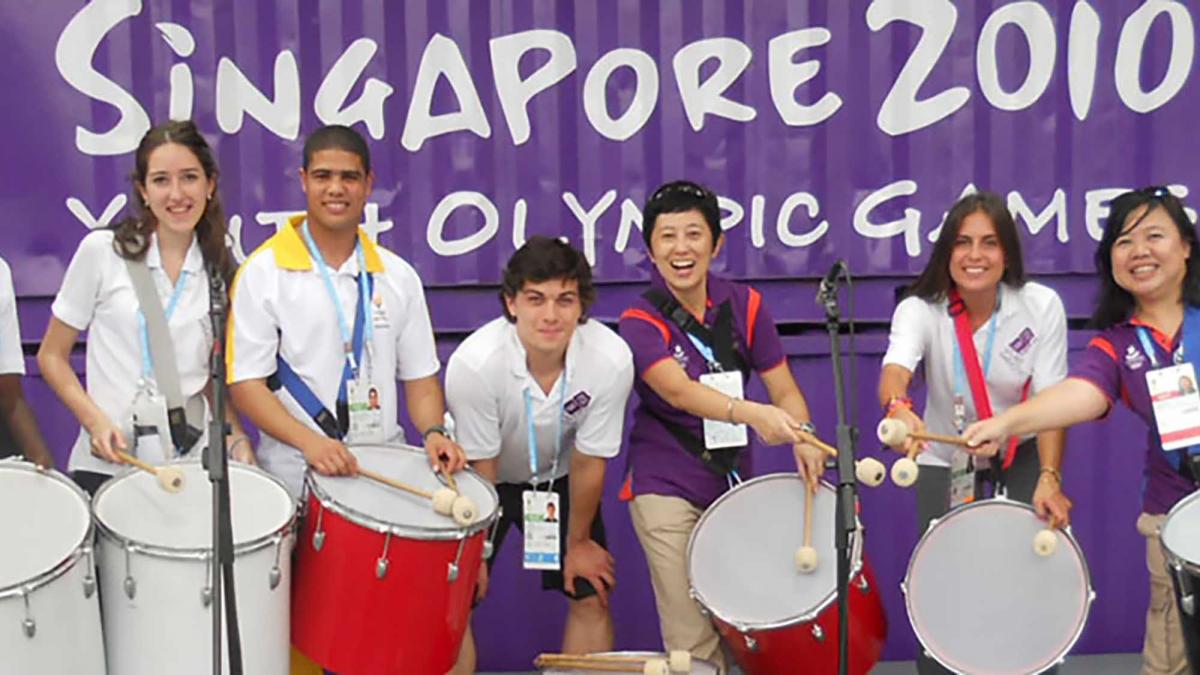 Summer Youth Olympics were the first edition of the Youth Olympic Games (YOG), an international multi-sport and cultural event for youths based on the tradition of the Olympic Games was held in Singapore. The Youth Games featured 3,600 athletes aged 14–18 from 204 nations. The athletes competed in 26 different types of sports in 201 events at over 18 competition venues. More than 300,000 spectators watched the sporting action. And beyond the sports there was a huge range of cultural and educations for visitors to Singapore to get involved in making it a truly multicultural event!

In contrast to the fiery competitive spirit, 2000 athletes took part in a series of Catalyst team building BeatsWork drumming workshops at the Olympic Village. In a gesture of unity and joint celebration, spectators were also invited to participate in the drumming workshop sessions. The experience highlighted the coming together of a multitude of cultures together into the Olympic Spirit and Ideals.

Jacques Rogge even dropped by one of the sessions and they had him on the shakers for a short while!

At the end of the program over 2000 people had participated in the BeatsWork sessions. Participants testified to the unifying spirit that drumming together generated transcending culture. 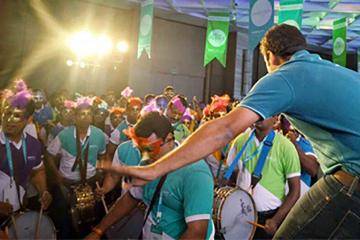 Transform your team into a percussion band with the infectious rhythms of samba.